React Native is an open-source mobile application structure invented by Facebook.
It is used for developing applications for Android and iOS mobile devices.

React Native is a JavaScript framework.

REACT Native has high demand as of now. Most of the developers using this technology to develop android and iOS applications. It will take less time than to do make native code for android as well as iOS. 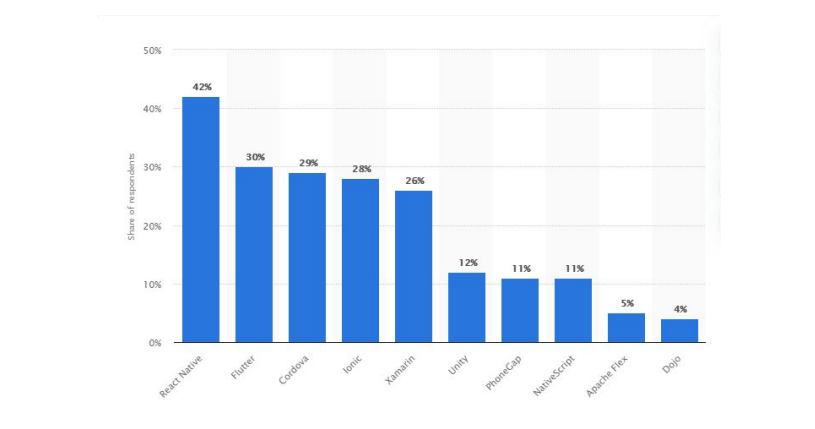 What is a Native To React Native Bridge

In this blog, I am going to explain How to create a Bridge In React native Between React Native And Native Code.
We all know the meaning of a bridge, a bridge built to connect different things. Where we create the bridge between React-Native and Android Native.
React-Native provides a module for creating a bridge between react-native and native, so here we implement that.

Why do we create a bridge –

When you use Bridge, you don't need to type the code of the Android library a second time in React-Native.

Got to the project folder.
cd ToastProject

These two files are important in the Android Native bridge creation (ToastModule.java, ToastPackage.java) 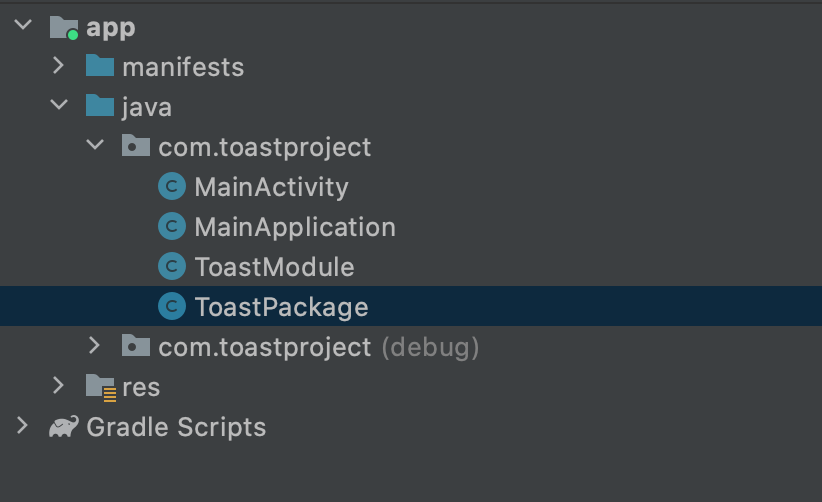 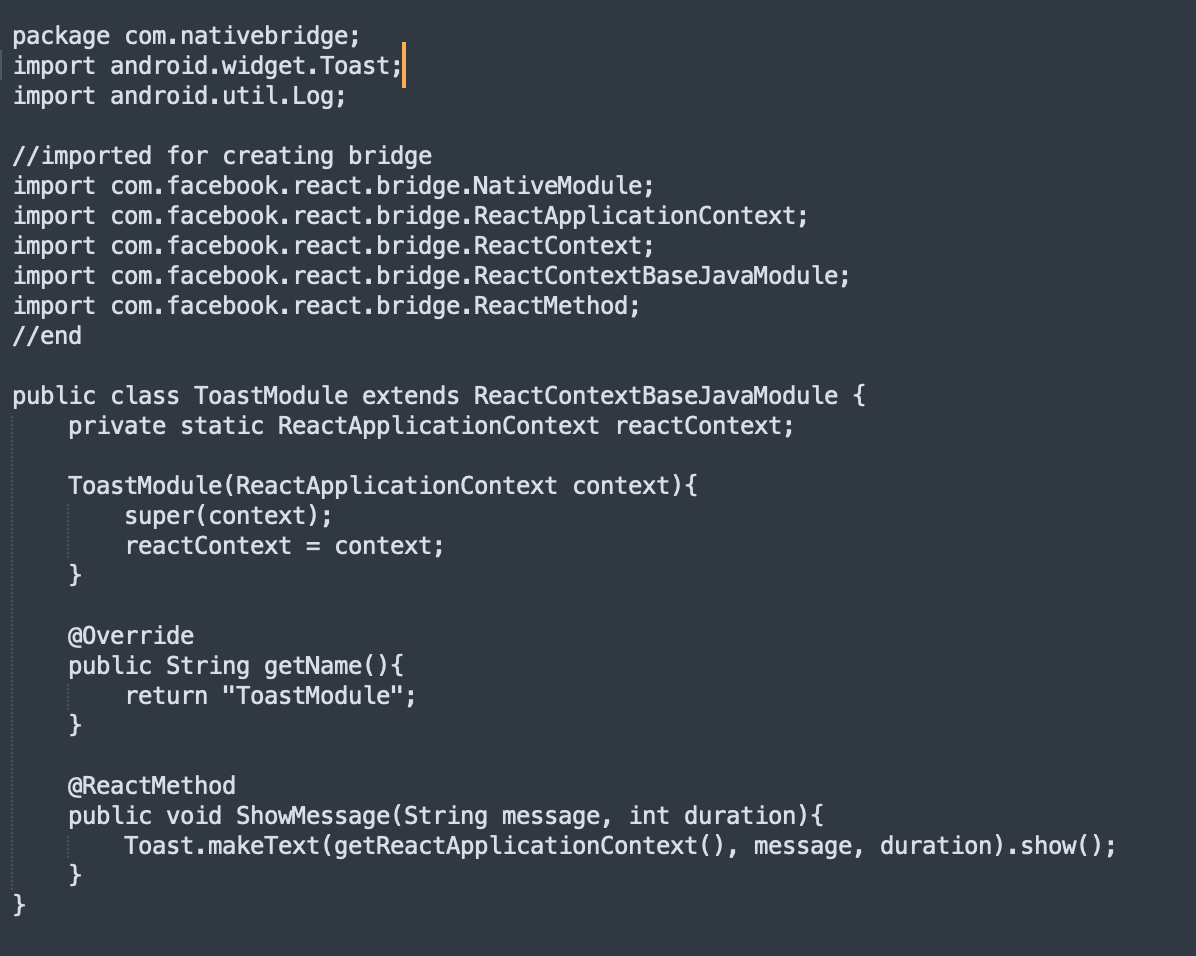 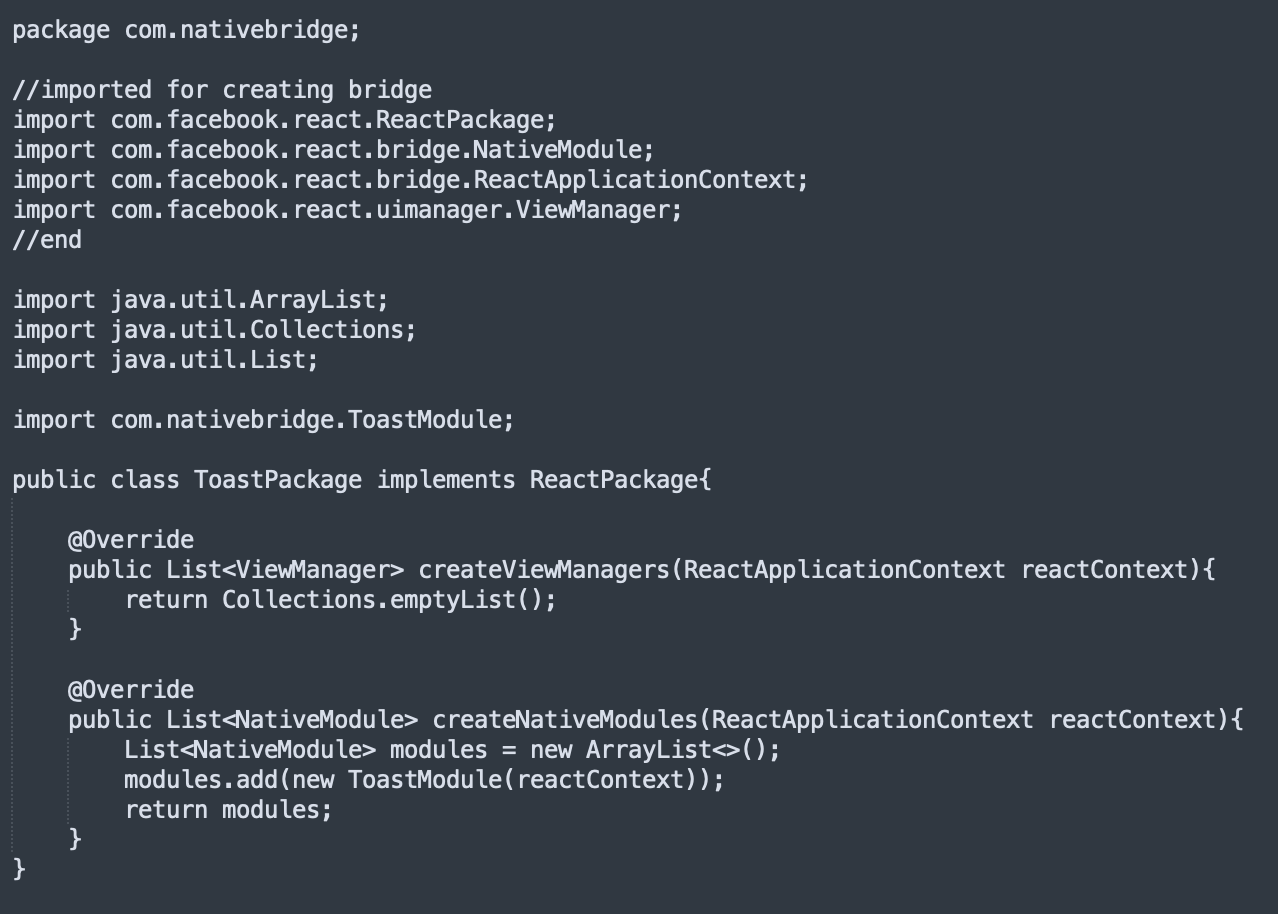 If you have any queries or issues, please feel free to ask.