The State of React Native for Mobile in 2021

So if you want to go to react native app development then this post is for you, let’s start… 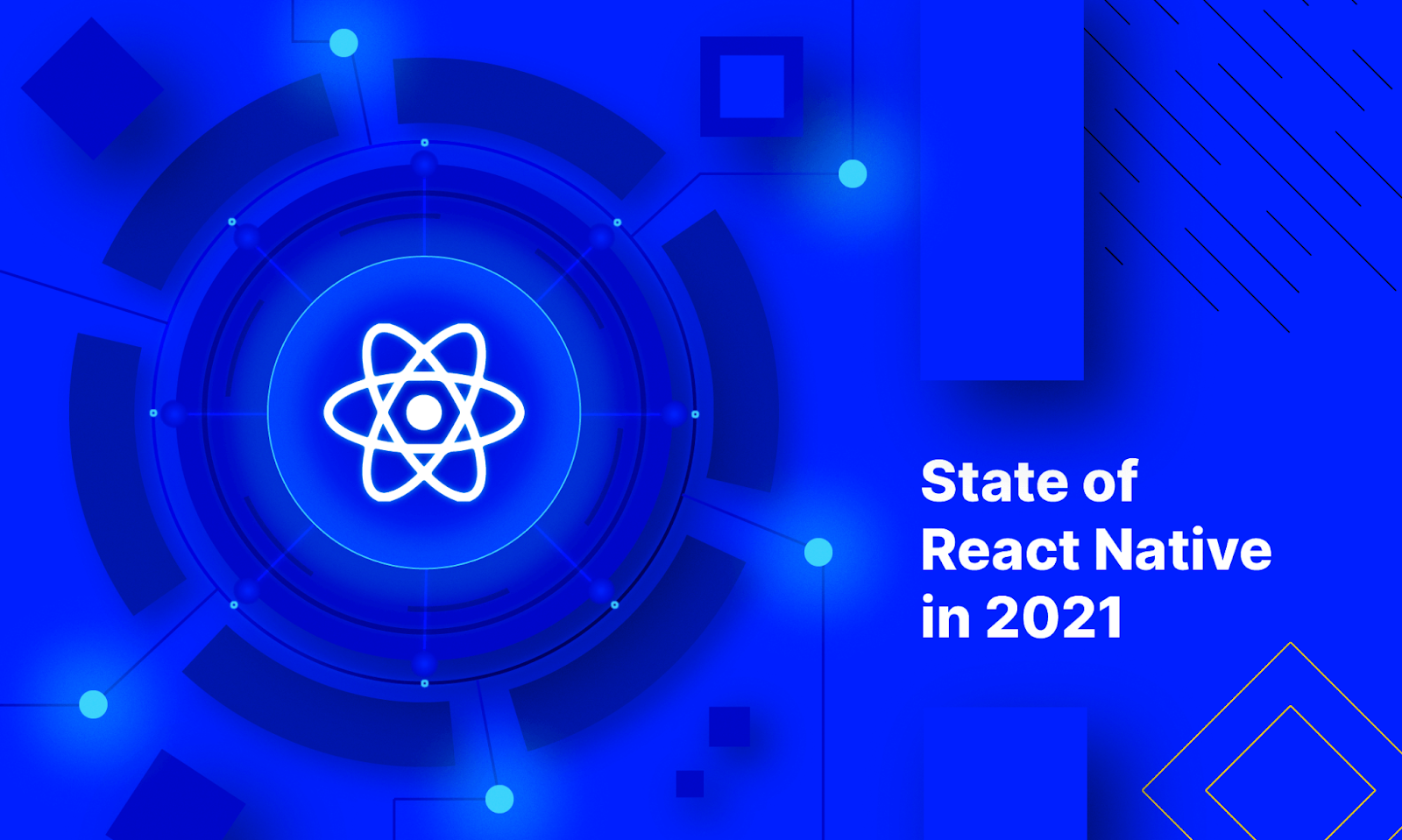 In the current scenario, clients want to invest in such mobile apps which have a great performance, quick development life cycle, fastest deployment cycle and also want an app which costs less. Also, Some clients want to create custom react native apps.

So what’s we prefer when we talk about an app which costs less and gets great performance? When we talk about cost then native is not much preferable, we want that framework which fully fills the gap between iOS and Android. For fulfil this gap what you choose, we prefer to react native, and I am going to explain to you why ?

React Native is a cross-platform app which delivers the most complex app with native user experience because of its advanced features.

React-Native was launched by Facebook in 2015 and it has become the most used framework.

Currently, there are multiple companies are providing react native development in India as well as other countries

Here is a chart of framework growth, where you clearly see the growth rate of react-native in previous years. 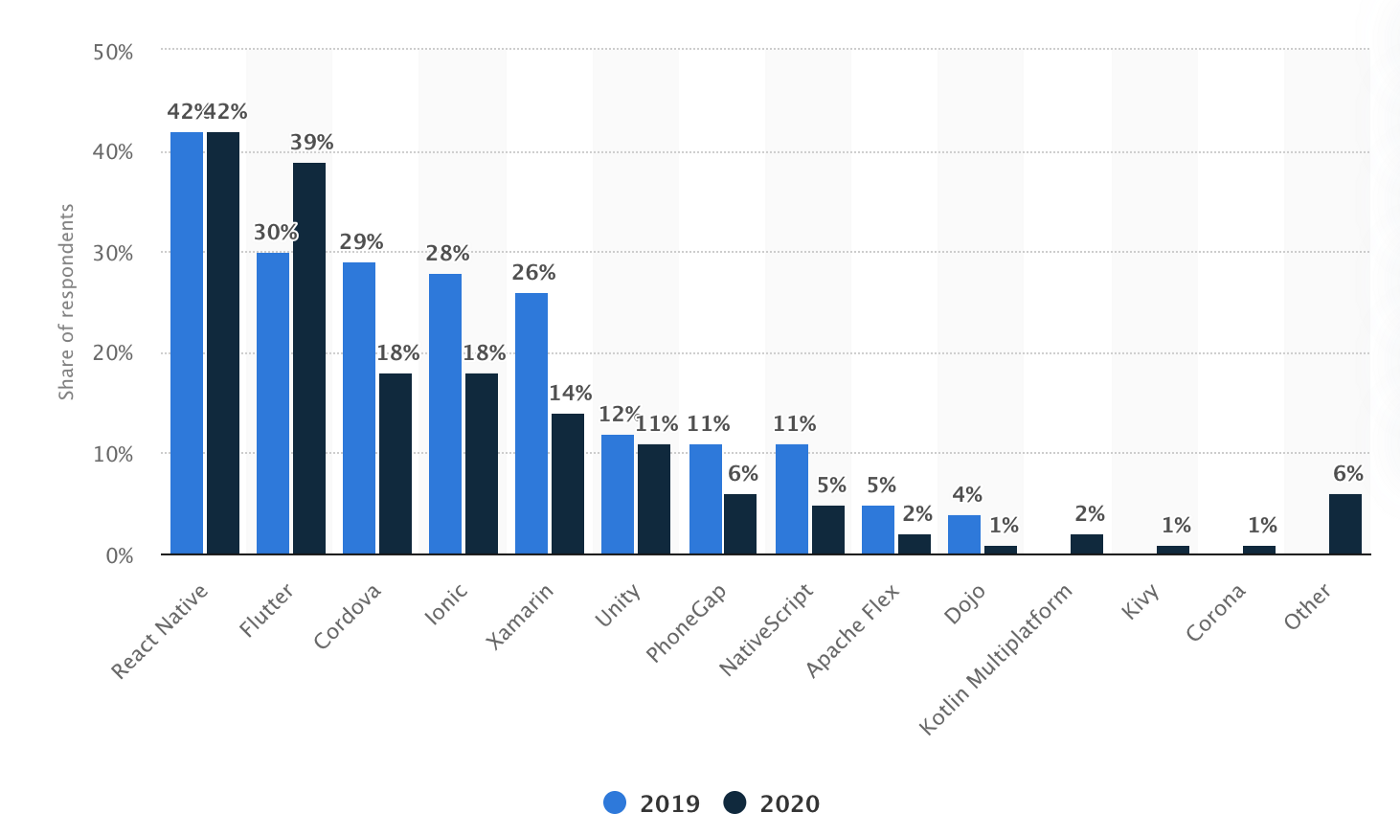 A company who used React Native -

These are some famous names of the companies which use react native for development. 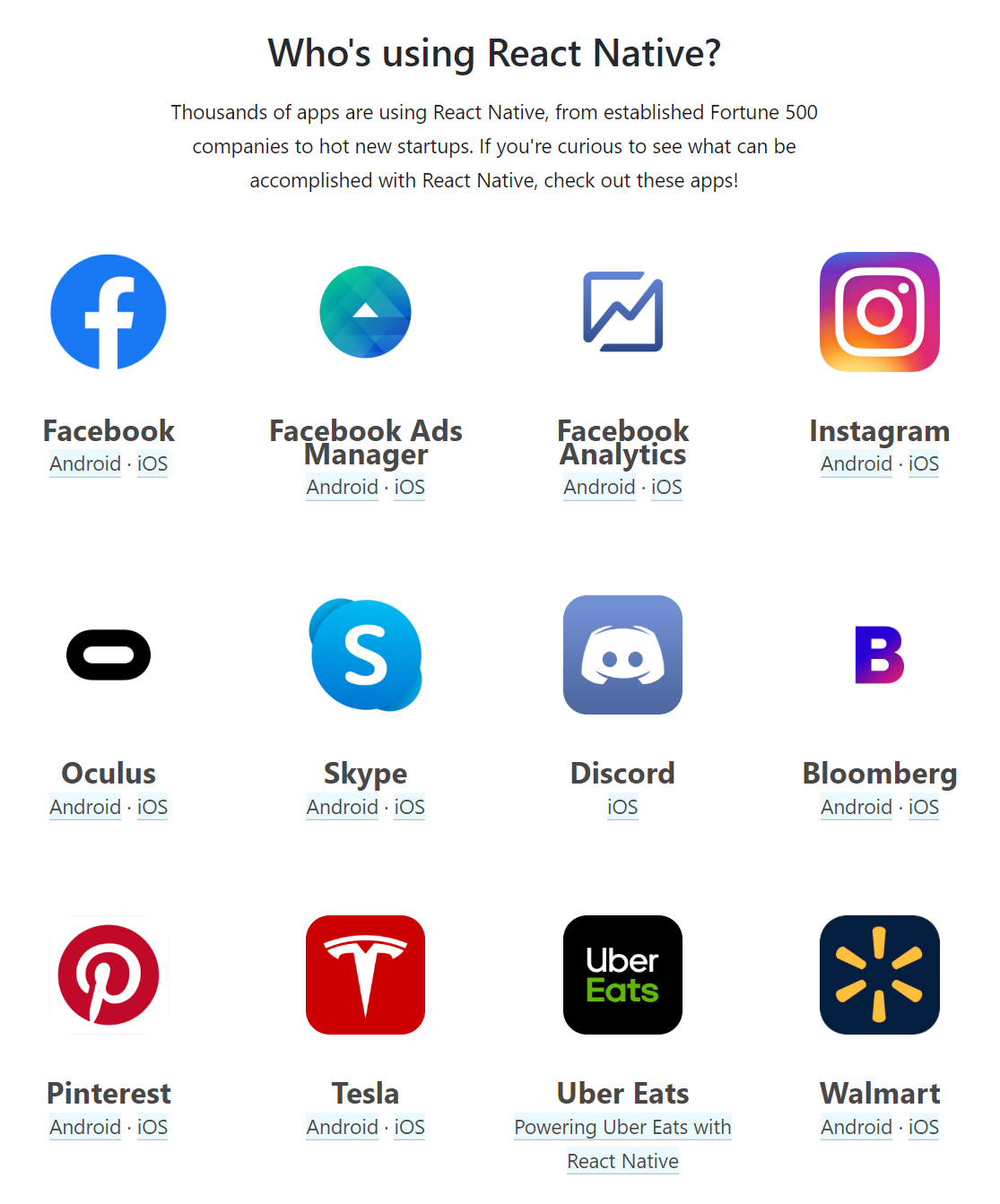 And if you want to work with these companies then the react native is a perfect cross platform choice for you.

So the most important question is why such big companies use react native, here are some key features of react native continues success.

Most of the clients which have low budget for his app and he wants to use an app like insta or walmart etc, then he go for react native.

For low budget clients this is a high time to invest in react native apps.

React Native is a cross platform development app so when we develop any app in react native that work in android and iOS as well so you save the development cost for making 2 separate native apps, one for iOS and the other for android.

React Native compiled his code into native so everything looks like native module. You can alter the design in one module and it reflects them all.

Even most popular npm libraries also manage their behaviour according to the targeted platform and it’s behaviour is smooth and agile as well.

What we write here that runs on both devices android and iOS and you get a great user experience.

In react native you find the npm plugin which is a third party plugin and there are lot’s of npm plugins available so doing any task with the plugin is easy.

Hot reloading is a great feature in react native by using this you don’t need to refresh the code each time when you save the code it refreshes automatically.

There are lot’s of developers available in react native developer in india as well as other countries, you can ask anything to them.

React native offers so many things to developers such as - debugging, hot reloading etc.

In react-native javascript and react code combination offers a lot.

Here managing a third party library and implementing it in your app is very easy.

So this is all that I want to explain to you about react native, if you have any query please ask.