Is React Native a Good Choice for Startups?

What is a React Native? -

React Native is an Open Source framework for Mobile application development, this framework is based on javascript that is used to create the hybrid mobile apps which run on both android and iOS, Js library is used for creating UI.

Following are some startups that use the react-native for development.

World-wide performance of the React Native. 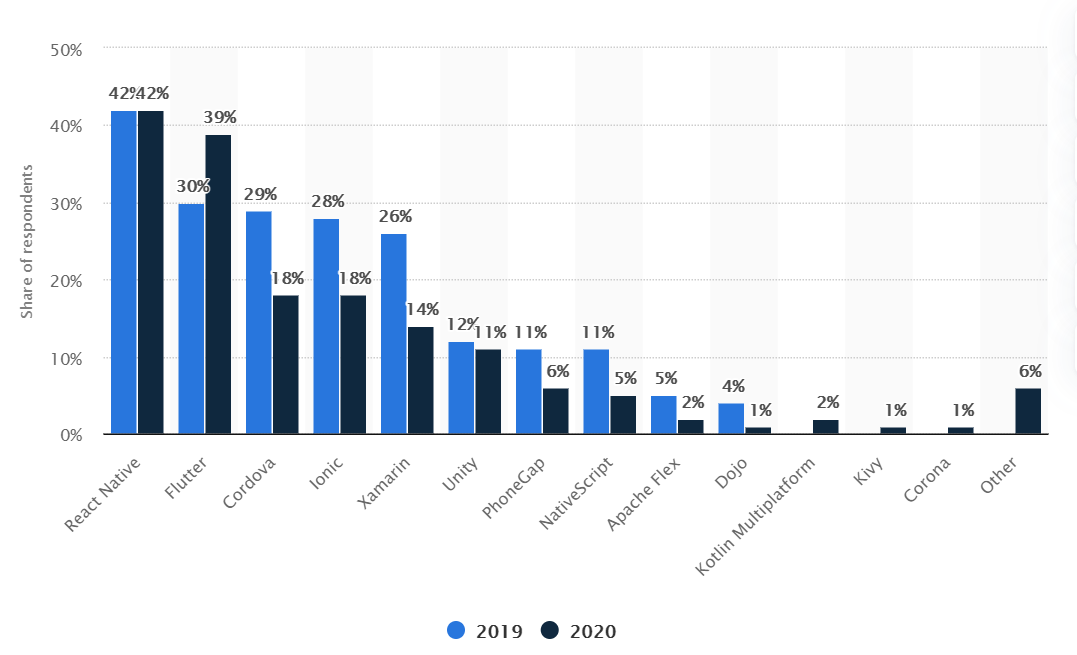 You can see, worldwide React Native 42% on Hybrid development. So we can say that, react native is a more useful development language for hybrid applications.